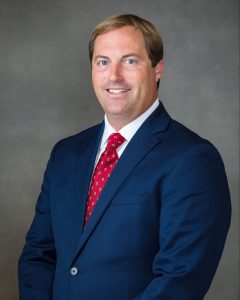 In October 2020, Frank Bordeaux was nominated by Governor Tate Reeves to serve as the Chairman for the Mississippi Republican Party and unanimously elected by the State Executive Committee. In this role, he is dedicated to reaching out to all areas of Mississippi to expand, build and strengthen the Republican party.

In 2020, Bordeaux was also appointed as one of nine people to the Commission to Redesign the Mississippi State Flag. The referendum to accept the new Mississippi “In God We Trust” flag design passed by an overwhelming 73 percent.

Mississippi Top 50 is an annual list of the people who are judged to be the most influential leaders in the state. This bipartisan selection of leaders comes from the ranks of elected and appointed officials, economic development professionals, business, media and government affairs. The awards are presented by Y'all Politics and WJTV, and sponsored by Kinetic Staffing, Mississippi Farm Bureau, Capitol Resources, Tower Loan and The Payne Group. Awardees were nominated through an open process. Follow MSTop50 on Twitter @MSTop50 or on Facebook to keep up with news and updates about MSTop50 winners and events.