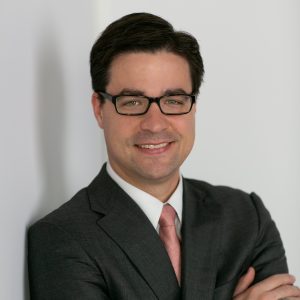 Aaron Rice has quickly become one of the most influential advocates for limiting government and expanding freedom in Mississippi. He serves as the Director of the Mississippi Justice Institute (“MJI”), which brings constitutional litigation on behalf of Mississippians whose rights have been threatened by government action. He has dramatically expanded MJI’s impact through numerous new litigation and public advocacy initiatives, and has won major victories for economic liberty, property rights, free speech, school choice, gun rights, and religious liberty.

While Rice has only recently entered the world of public advocacy, he has always had a heart for service. While watching the September 11th attacks as an 18-year-old student, he decided to join the Marine Corps. He was deployed to Iraq with the battalion that would go on to suffer the highest number of casualties of any in the Iraq War. Rice was one of those casualties, losing his left leg below the knee in an insurgent attack. The injury never slowed him down, however; less than two months after being fitted with a prosthetic leg, he was featured in Sports Illustrated for competing in a 10-mile foot race.

Upon returning home, Rice earned his undergraduate degree in political science from Mississippi State University. After receiving the nationally-awarded Truman Scholarship to pursue his graduate studies, he earned his law degree from the University of Mississippi School of Law.