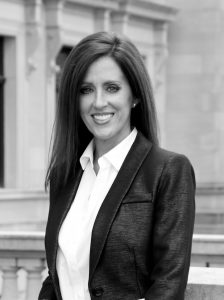 Referred to as a rainmaker and affectionately nicknamed “shortstop” by a former boss because nothing gets past her, Sandy Ray has established herself as a key player in Mississippi politics. From managing the campaigns of statewide elected officials to fundraising at all levels, she has been in the thick of the political arena for quite some time.

A proud and life-long Mississippian, Ray has a reputation as not only an extremely hard worker, but also a trustworthy and knowledgeable lobbyist for both sides of the isle in state and regional politics. Sandy founded Southern Consulting Associates almost 20 years ago before taking a 12-year hiatus to serve as Chief of Staff for State Insurance Commissioner Mike Chaney.

In 2018, Ray elected to re-focus her full attention to her firm, and today she represents and has won legislative campaigns for a host of notable insurance, healthcare and entertainment industry clients. Prior to opening her consulting business, Ray served as Executive Director for Boys and Girls Clubs of the Mississippi Delta, Children’s Division Liaison for the Office of the Attorney General, and as a Coordinator in the Division of Continuing Education at Delta State University.