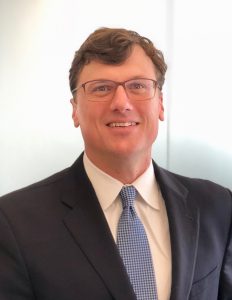 Russell Bennett works to help keep the lights on at the state Capitol and everywhere else for that matter.  The Entergy lobbyist works with both legislators and regulators on both the state and federal level to advocate for the utility’s policy positions.  Additionally, he runs ENPAC, which is Entergy Mississippi’s Political Action Committee.

Prior to his position with Entergy, he served as vice president of government relations for the Mississippi Bankers Association. There, he worked closely with association leadership and membership in evaluating legislative and regulatory proposals and serving as a liaison to government officials and industry groups. Bennett also previously served as a government relations executive for the Mississippi Manufacturers Association and as communications coordinator for the National Center for Policy Analysis in Dallas.

Immediately after graduating from the University of Mississippi, he had a front row seat to the DC halls of power working for the Sergeant of Arms in the US Senate in the late 1990s.

As the son of former State Treasurer, Marshall Bennett, politics is in his blood.  He’s also been recognized as a “Top 40 Under 40” and participated in the Leadership Mississippi program.