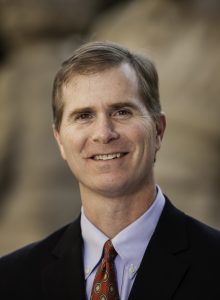 When you hear “Barbour” in Mississippi politics, Henry Barbour may not be the first Barbour you think of.  However, nationally, more and more he’s thought of before his famous uncle Haley.  His political style is light years different.  While that may be somewhat a function of their age difference, Henry is much more of a behind the scenes player.  But when it comes to moving the needle in issues affecting the National GOP, few people are more influential right now than Henry.

As one of three partners of the multi-state lobbying firm Capitol Resources, he has been a largely behind-the-scenes force on the national Republican scene as a Committeeman, fundraiser and policy advisor.  He’s worked on congressional campaigns, gubernatorial campaigns, done a stint in the Bush 41 Administration, run SuperPACs, and worked for Presidential candidates like Rick Perry.

His influence in Mississippi is concurrently powerful yet understated.  He’s a prodigious fundraiser for both political candidates and charitable causes; he is highly involved with causes like the Mississippi Book Festival and Blair E. Batson Children’s Hospital at UMC.