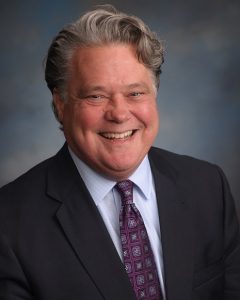 Keith Heard’s career has come full circle.  He now serves as Chief of Staff to Senator Thad Cochran, where he started as a campaign aide on Cochran’s first run for Senate in 1978 and eventually went to go work on his staff on legislative and appropriations issues.

Starting in 1985, he moved to the private sector and had an outstanding career in lobbying and government relations working for groups like the National Cotton Council and the National Corn Growers Association.  He also was partners in the Washington-based TCH Group and the Mississippi-based Key Impact Strategies group.

In 2014, in probably one of the wildest elections Mississippi had seen, Heard parked his lobbying business to help his former boss and friend right a somewhat disorganized campaign and guide it through a tough primary.  After the election, he came back as the Senate Appropriations Chairman’s Chief of Staff and brought his formidable private sector experience back to the public sector to now be one of the most powerful staffers on Capitol Hill.