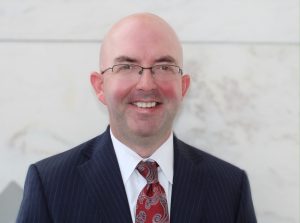 Davis started his career by working three years for United States Senator Thad Cochran while Davis was a student at Mississippi College. After graduating from MC, Davis moved on to the private sector where he worked as a Community Development Officer for First Security Bank based out of Batesville from 2001-2013. During that time Davis served seven years in the Mississippi State Senate where he served as chairman of the Senate University and Colleges Committee and the Senate Appropriations Committee.

In February of 2013 then-Governor Phil Bryant appointed Davis to serve on the Mississippi State Parole Board which he ultimately chaired. In October of 2013, then-Secretary of State Delbert Hosemann hired Davis as his Chief of Staff where he served until April of 2018.