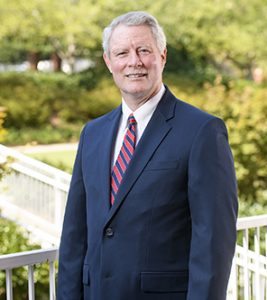 Dr. Glenn Boyce became the 18th Chancellor of the University of Mississippi on October 2019, following his appointment by the Board of Trustees of the Mississippi Institutions of Higher Learning (IHL). Since then, he has been thrust into the spotlight on issues ranging from the removal of a prominent Confederate monument on campus to advocating for a change in the state flag, all while balancing the effects of the pandemic and dealing with activist professors.

Previously, Dr. Boyce served as Commissioner of Higher Education for the State of Mississippi for three years. In that position, he led the state’s university system, which includes four research and four regional universities, one academic health science center and the executive office. As commissioner, he oversaw a university system serving more than 95,000 students, nearly 28,000 faculty and staff, 1,666 buildings with 36.7 million square feet, and a $4.5 billion operating budget.

During his tenure, the university system set record enrollments, awarded record numbers of degrees, launched the statewide “Complete 2 Compete” program to increase the number of degree holders in Mississippi, prioritized the needs of business and industry and streamlined operations to increase efficiencies.