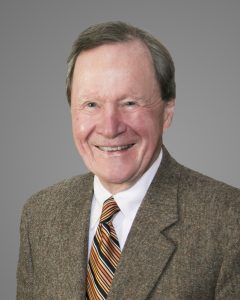 If you’re a lawyer on the Mississippi Gulf Coast, two of the best clients you could possibly have would be Mississippi Power and the Mississippi Port at Gulfport.  Ben Stone serves as General Counsel for both entities, which puts him in the middle of just about every major piece of economic development in the southern third of the state.

Ben is a recovering State Senator (1968-1979) and as a partner with the Balch and Bingham law firm, he is one of the most connected lawyers in the state of Mississippi.  He has received an array of industry accolades both in Mississippi and nationally.  He also serves as the Chairman of the Mississippi Ethics Commission and on the Board of Directors for the Gulf Coast Business Council.

For the myriad of things that he has done that most folks know about, he has had enormous influence in crafting legislation behind the scenes.  Lawmakers listen to him, often times whether they know it or not.

It has been said his event for then state representative Steven Palazzo helped launch his successful run for Congress in 2010.  This has made Stone’s office an early stop before ever deciding to run for office, especially south of Jackson.