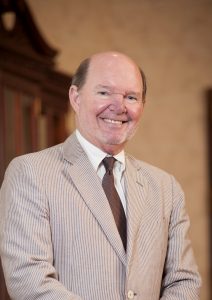 It seems everyone in Mississippi politics, no matter which side of the aisle you may fall, respects Joe Sanderson and covets his advice.  Whether it’s a local race in Laurel or a statewide race, Joe Sanderson is one of the leading business voices to have on your side.  He is Chairman and CEO of Sanderson Farms, which is the third largest poultry company in the United States with approximately 12,000 employees and revenues pushing $3 billion annually.

Beyond all of the professional success, he’s developed enormous personal passion for Batson Children’s Hospital at UMC and is spearheading $100 million fundraising campaign.  Also, Sanderson Farms has taken on as the lead sponsor of Mississippi’s only PGA event, which plows millions of dollars into the community and particularly Batson’s at UMC.