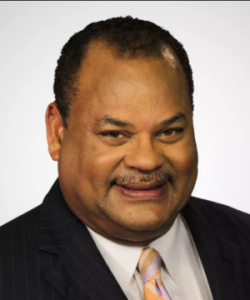 Howard Ballou has been a staple in the Jackson media market for over 35 years as one of the longtime anchors at WLBT.  The “3 On Your Side” segment has given him instant credibility in local and state government to shine a light on problems and help people in the community get problems solved.

He has won several awards of excellence in his field, including United Press International’s “Best Documentary” category for a report he did on Tennessee Drunk Driving Legislation, three First Place Mississippi Associated Press Broadcasters Awards, Best Franchise reporting for his Taking Back Our Neighborhoods series of reports since 2009.

In 2007, Ballou was inducted into the Mississippi Associated Press Broadcasters Association Hall of Fame, having anchored and reported for the top rated 6 pm and 10 pm newscasts since 1984.  He was presented a resolution by the Jackson City Council in 2017, “honoring and commending” him for “preserving excellent stewardship in news journalism.”

Howard is the former President of the local chapter of the National Association of Black Journalists and is former Regional Director for the Society of Professional Journalists/Sigma Delta Chi. He is also very active in the community, serving on Boards of Directors of numerous charitable and civic organizations.

In addition to his anchoring at WLBT-TV, he is currently a general assignment reporter and has served as producer and executive producer for the station.