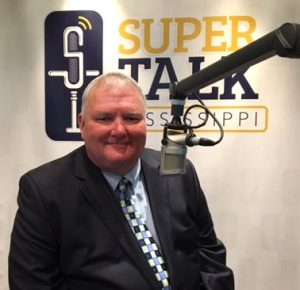 Of the people, by the people and for the people.  That pretty much sums up SuperTalk’s JT.

JT Williamson’s midday SuperTalk Radio show – The JT Show – mixes opinion with fun every weekday.  Whether he is taking on the Mississippi Legislature, national politics, football, how to cook up some BBQ, or talking NASCAR, his audience is large and super engaged.

Don’t let his good ‘ol boy persona fool you.  When he locks into an issue, look out.  With the three hours a day on statewide radio, he has had a major impact on legislative issues such as repealing traffic cameras legislation and the promotion of charter schools, as well as things that hit closer to home like the delivery of vital information that ultimately saved lives during the tornado outbreak of 2014.

JT connects with his listeners through his love for the outdoors, sports, and politics, making him one of only a handful of people to have such a wide range of influence on things Mississippians care about the most.