The latest news on the Mississippi Top 50 Awards can be found here. Check back often to learn more.

Who would you say are the most influential leaders in Mississippi? Plan to nominate them for the MS Top 50 Awards.

Mississippi is graced with tremendous talent in government, the political sphere, business, media and culture. The Mississippi Top 50 Awards were created to recognize those that help move the conversation in Mississippi forward by virtue of their position and/or their talent.

Those honored are judged to be the most influential leaders in the state at this time.

The categories for consideration are:

Honorees are nominated through an open process online. Prior winners are eligible for recognition nomination, and people can nominate themselves for consideration. There is no cost to nominate, be nominated or to receive an award. However, one must be nominated to be considered. To nominate, visit MSTop50.com.

The MS Top 50 awards ceremony is scheduled for February 2022. An announcement closer to that date with additional event information will be forthcoming.

Now is the time to consider who is the most influential people in Mississippi.  Mark you calendars and plan to nominate those deserving individuals when the nomination period opens October 15th.

Those businesses or organizations wishing to sponsor the event should contact Frank Corder at frank@yallpolitics.com. 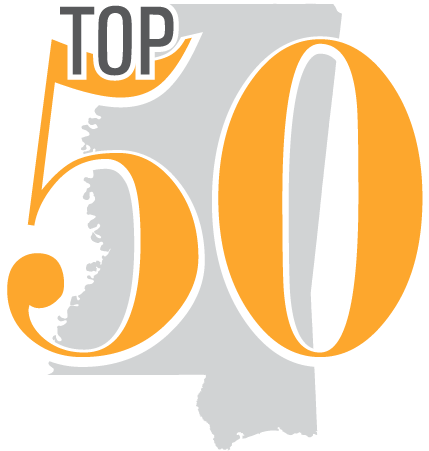